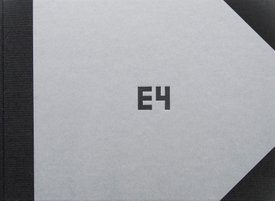 Eastreet is one of the biggest initiatives promoting photography from (broadly defined) Eastern Europe. Over 30.000 photos were submitted to the all editions by the authors from around the world. The fourth edition of Eastreet will have its premiere on 20th October in Lublin, Poland. Once more we would like to have a closer look at human presence within the public spaces of Eastern Europe, through the photos documenting the unique moments, ideas or symbols. We want to visually describe that complex region, present its current state and unique qualities, but also look at Eastern Europe beyond stereotypes, borders and differences.

Close to 11.000 photos were submitted to this edition. The Curators team selected 100 photos taken in 20 countries by the authors from around the World. Selected photos will be presented in a form of a gallery and outdoor exhibitions, as well as included in a special publication. Exhibition opening and book launch will take place on 20th October 2017 at the Centre for the Meeting of Cultures in Lublin, Poland.

The idea of Eastreet is constantly evolving. We would like it to be not only an art event, but also a platform for communication, education and inspiration for the photographers working in the region. This is why the forthcoming edition will be accompanied by a series of educational events – photography workshops, portfolio reviews and film screenings.

The exhibition will be traveling after the initial show comes to an end. We’ve presented the previous exhibitions at the Organ Vida Festival in Croatia, Kolga Festival in Georgia, Odessa/Batumi Photo Days, also in France, Belgium, and as a slideshow at the Angkor Photo Festival in Cambodia, in Thailand and other locations. So far approximately 20.000 people have visited Eastreet in total. We want to reach as wide audience as possible to promote the photography and photographers from Eastern Europe and present their work to galleries, curators, festivals and other institutions.

Publisher: The Centre for the Meeting of Cultures